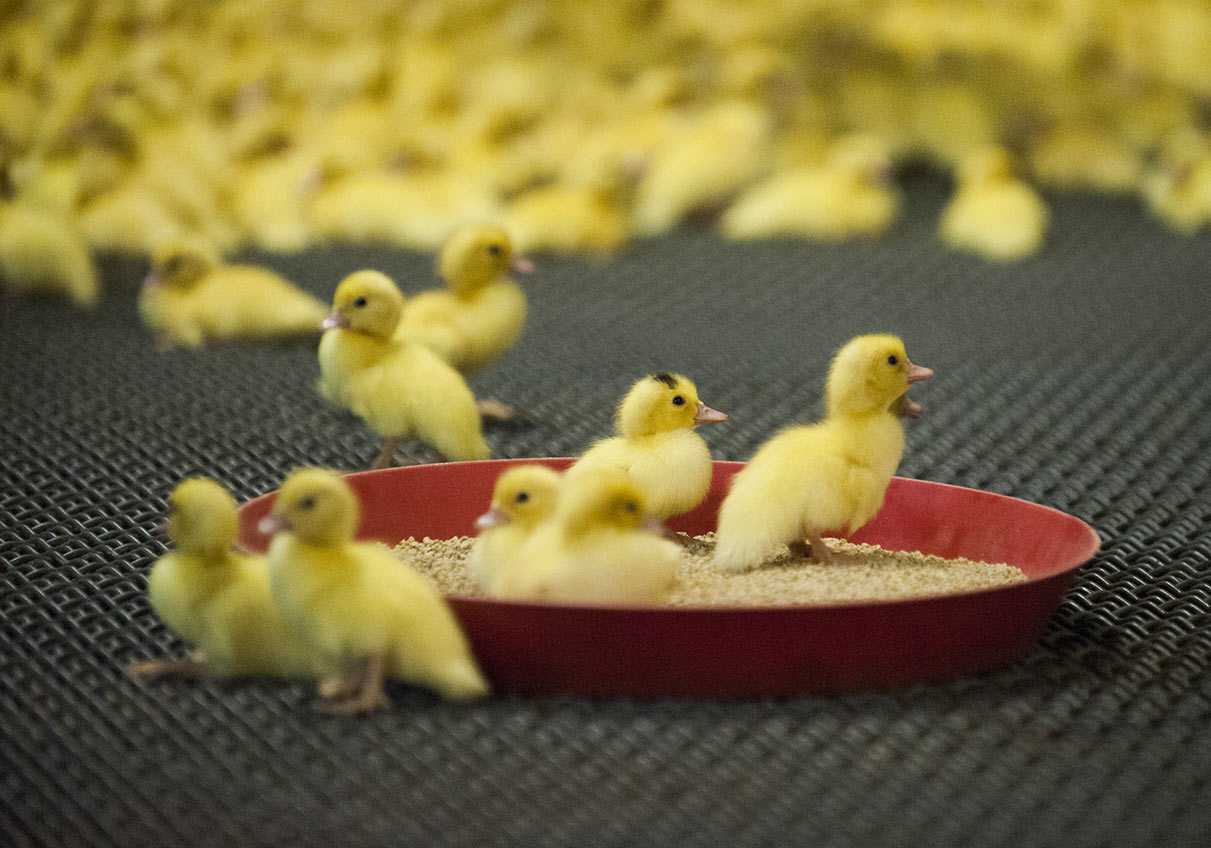 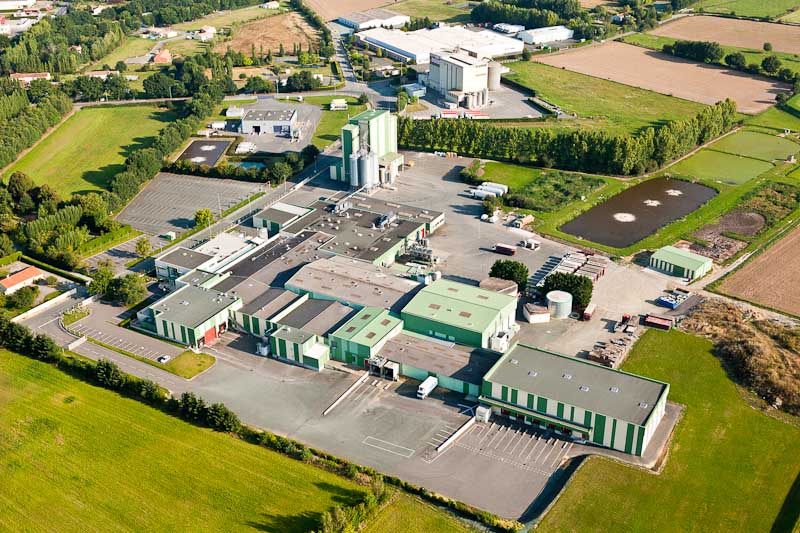 After a few months of apprenticeship at the farm, Ernest settles into the family home with his wife Constance and converts the stables into abattoirs. But times are tough, and Ernest has to work hard to avoid going under during the difficult post-war period. At dawn every day, he goes to the fairs and farmers' markets in the region, where he buys the best animals: ducks, chickens, pigeons, rabbits, and so on. Once he brings them home, Constance plucks and guts them. They are then left at the Quatre Chemins ("Crossroads"), awaiting transportation to the market at Les Halles in Paris.

On fair days in L'Oie, Constance prepares meals for more than 200 people. As for the kids, they help their parents after school and homework: there are always more ducks to pluck!

It's the end of the war, peace has returned, demand is on the rise, and the small local, family farm continues along its path!

A few years later, to meet the population's growing needs, the company invests in new equipment and sets up standard-compliant buildings. Its staff would no longer work in the old buildings, deemed rudimentary and out-dated by veterinarians and the DSV (Department of Veterinary Services).

The suggestion is made for him to partner up. His answer is clear: "No, it's out of the question for me to partner up. I'll stay on my own !"  As a solution, Ernest Soulard enlists his children and turns to Barbary duck and pigeon farming. The choice is an important one, on which the future of Canards Soulard would depend. The decision is more than risky, but proves to be the right one.

1970s: Arrival of the next generation at Canard Soulard

In 1971, Joël, the junior of the family, is 20 years old and starts working for the family business, as a driver collecting the ducks.

Each child in turn joins the business, where there is no shortage of work. A limited company is founded in 1974, with the shares divided equally among the children. The first slaughter line is purchased, and the company Ernest Soulard continues to grow.

In 1974, Ernest Soulard passes on the reins to the company. Joël has big aspirations, sees himself as a conqueror and strongly believes in the future of Canard Soulard. His father and the rest of the family are all by his side. They recognize his managerial qualities and his determination to continue to expand the family business.

Joël soon decides to focus on international growth, with a new, export-certified building, the first in France! He wants to push the borders in Europe and Asia. He surrounds himself with experts to lead those changes. In this way, he opens the company up to international markets. Ernest Soulard the company quickly captures market share in Germany and Japan. In 1988, the Export Department moves to the site in L'Oie.

1990: Complete integration of the value chain

Because the company's business lines include hatching and feeding, it decides to acquire the hatchery in Remouillé in 1990, where its ducklings are still raised today. One year later, the company Ernest Soulard builds a feed plant in L'Oie.

In the 1990s, foie gras production developed significantly in France. In 1994, after building its own value chain, the company starts to slaughter its first mulard ducks, the ones used to make foie gras.

In 2009, the company opens a store in the family home in L'Oie, to sell its products directly to consumers.

For more than 80 years of development, Ernest carry on the adventure with all its duck lovers.

Ernest Soulard remains faithful to its founder's spirit, boasting 100% local production. The Soulard Family remains attentive to customer expectations and to changing consumer habits. For the past 80 years, the passion that has been motivating the staff at Ernest Soulard is a pledge of quality to each customer.

To learn more about foie gras, review key figures about the delicacy.